The Llantysilio Fell Race was on the same day as the Excalibur Marathon which was the one I chose. I really liked it especially as recces led me to lots of unknown paths right on my own patch near work. The race was a mix of walkers and runners with lots of groups and staggered starts (every 15 minutes I think).

The SIPR was a pure pleasure. Light winds gave me and Steve plenty of rest on the boat and almost all of our running was in daylight. Steve was running well and I was in good form. As usual Steve's navigation was spot on. Adverse tides round the Mull of Kintyre led to a four hour period where we made no headway. "Rustle & Run" finished 20th overall (4th in class) and our running time was 10th fastest.

I chose to miss the Welsh 1000 this year insted happy to do a few runs round the canals - Northwich, Middlewich, Winsford, Back to Northwich.

Having finished the L100 in 2010 & 2011 I DNF this year quite early on. On reflection there was a mismatch between my mental and physical preparation in the five weeks leading up the the race. A short term digestive health issue stopped my running over this period and I happily watch the Tour de France coverage and convinced myself I'd just done I slightly abrupt and thorough taper. I was so much looking forward to it I didn't sleep much and remembering my earlier good form I started quickly, fell on hard times early on and gave up. What a bad idea! I've learned from it and I got my place booked for 2013.

I'd entered the Ring O Fire in Early Spring on a whim but after the L100 DNF it took on a new significance. I had one sole and clear objective and that was to NEVER GIVE UP. I didn't feel like training and I only did one 3 mile run between the L100 and the RoF. I printed out the maps (over 30 pages) studied the route and set off feeling confident and determined that I was not going to DNF volenterily.

It's an amazing route, event and team of organisers. Starting off fully committed made such a difference not just to the outcome but to my enjoyment. Time after time I found myself living right in the moment with no need to think of what was to come beyond running round each bit of coast I could see. Slow and steady saw me through but with the long day being 64 miles I knew I didn't have time to walk much of it. I super event which has sleep planned into it, ice-cream vans and wonderful coastal seascapes. Thank you so much to Bing, Q, Rich, all the marshals, supporters and other runners.

If you we're at our humanist wedding ceromony at Lancrigg thank you so much for being part of it - we had a lovely day.

There's lots of pictures at picasa. 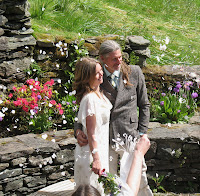 We bought the field in 2007. It's ten minutes walk from our house. Time takes on a different cadence there - one that suits us well. 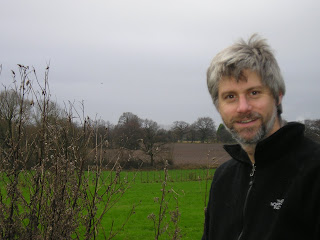